Are you searching for a vet that you can trust and rely on for quality pet care, we’d like to welcome you to give us a try at Hartsville Animal Hospital.

Come meet our friendly, knowledgeable staff and learn about our vet services. We’re confident that once you do, you’ll want us to become your pet’s veterinary doctor for life! 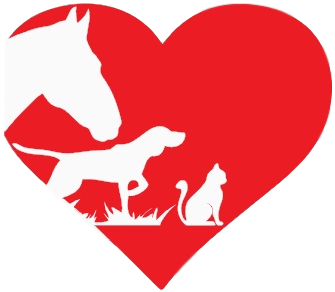 With two vet locations in the Pee Dee area, our fully-staffed animal hospitals maintain the highest standards to keep your precious furry family members healthy and happy. From routine annual visits to major surgery, we care for your beloved pets in a compassionate, loving environment.

We have the reputation of being Hartsville’s premier animal clinic. We understand that it’s often a difficult, emotional time when your pets are ill or injured, and our veterinarians and staff are always there to offer a gentle hand. You can count on us to treat your pets as if they are our own.

We are your local hometown animal care provider and have been since 1982 when Dr. Woody Morgan started the practice. We have evolved over the years along with the evolution of veterinary medicine. Dr. James and Dr. Tochiki are now working hard to continue the tradition of quality care for your pets that you have come to expect from Hartsville Animal Hospital. 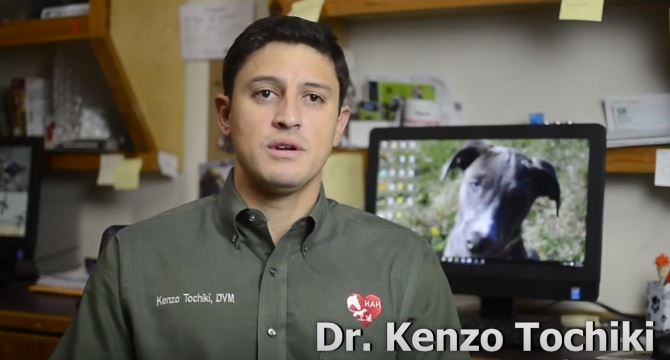 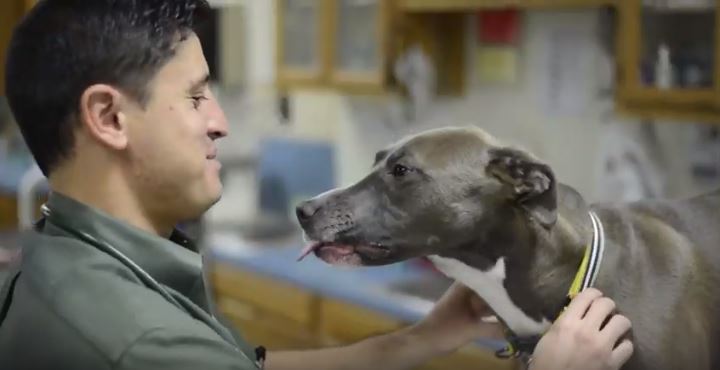 Dr. Tochiki was born in Lima, Peru but moved to Charlotte, NC when he was 8 months old. He attended High Point University where he captained the men’s soccer team and earned a bachelor’s degree in chemistry.
He worked as a veterinary technician for Miller Animal Hospital in Matthews, NC before moving to St. Kitts, West Indies to attend Ross University for veterinary school. He spent a year of clinical training at The Ohio State University School of Veterinary Medicine and then returned to Charlotte. Kenzo worked as a veterinarian at Miller Animal Hospital before joining Hartsville Animal Hospital in early 2014.
Dr. Kenzo currently lives in Hartsville with his two dogs Irie and Marty. He is happily married to his wonderful wife, Caitlin. 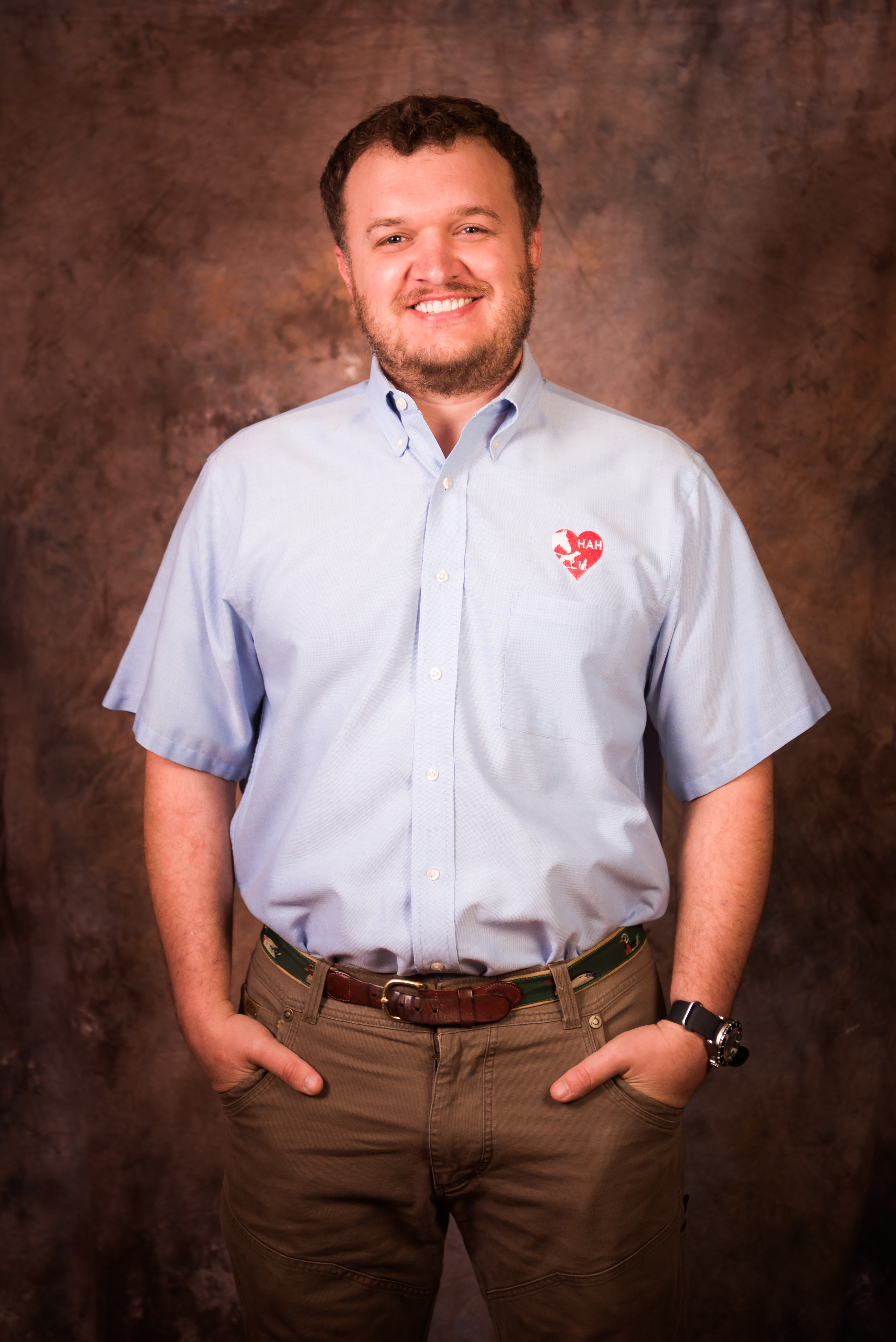 Dr. James was born and raised in neighboring Darlington, SC. He started working at Hartsville Animal Hospital in the summer of 2006 as a vet assistant. He attended college at Clemson University from 2004-2008, and remains an avid Tigers fan.

He enjoys spending time with his great wife Kelsey and all kinds of outdoor activities during his time off including fishing, hunting, and horseback riding.

He has two dogs, a border collie mix named Rho, and a Pitt bull named Case. He also has two horses named Koozie and Kitt, and two cats named Reba and Tina. – ❤️ 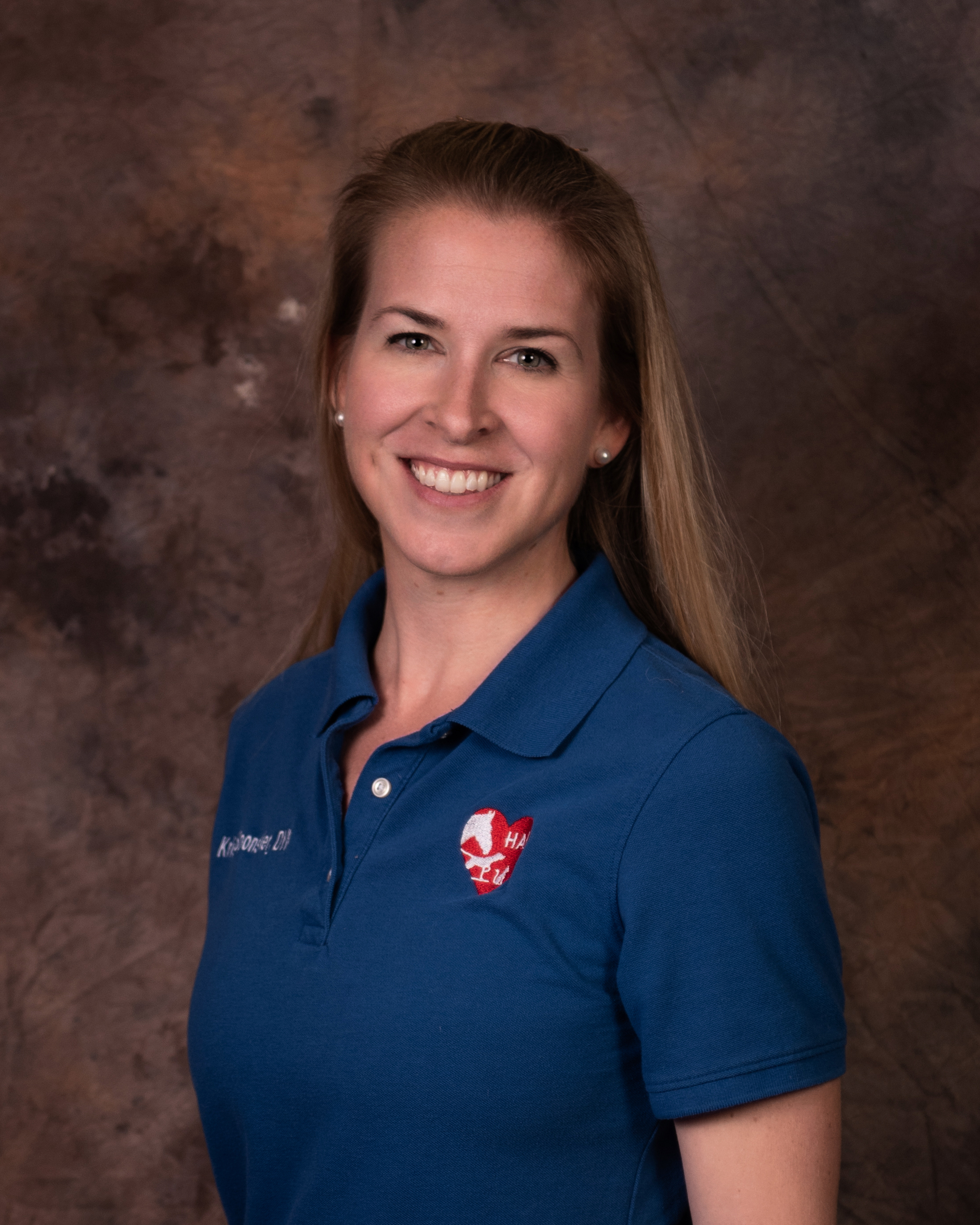 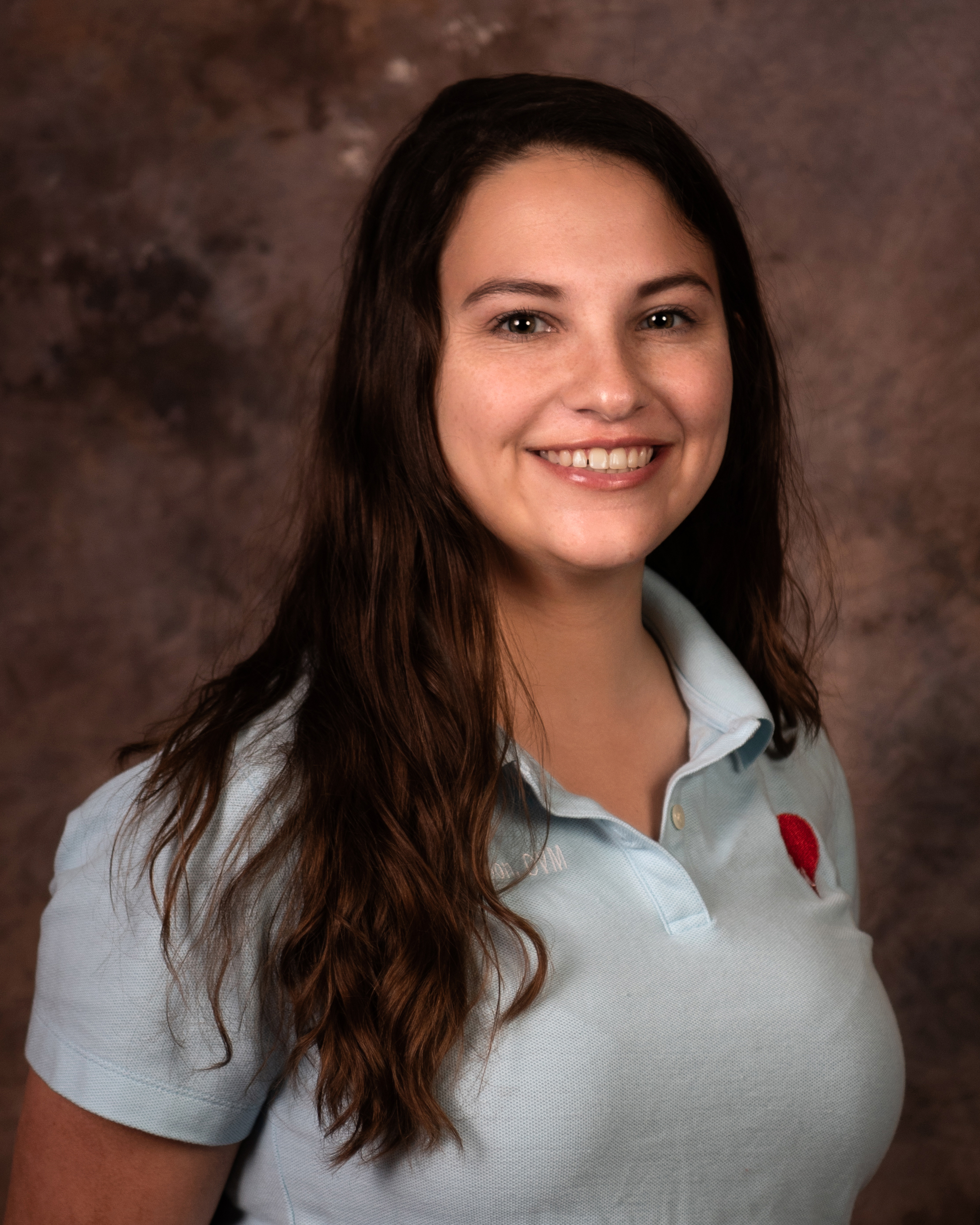 Dr. Kristen Sponseller was born and raised in Richmond, VA. She attended Bridgewater College where she received a B.S. in biology.  She moved to St. Kitts to attend Ross University School of Veterinary Medicine and attended Wisconsin University for her clinical year.

She practiced veterinary medicine in Wisconsin for 4 years before moving to Hartsville with her husband, Dr. Kevin Sponseller.  Kevin is a family practitioner at  Carolina Pines Regional Medical Center.

Dr. Ashleigh Colon was born and raised in Jamesville, NY. She attended Coastal Carolina University, where she received a degree of bachelors in Biology. She moved to the small island of St. Kitts to attend vet school at Ross University and completed her clinical year at Auburn University.

Ashleigh graduated in 2019 and started an Equine only internship. After her Equine internship she decided to look for mixed animal veterinary employment, and that is when she started with Hartsville Animal Hospital.

Ashleigh has a cat named Ottley, her island souvenir and a dog, named Nova who she acquired while working at Hartsville Animal Hospital. She enjoys spending time kayaking, hiking, traveling, reading, and she has a strong love for Syracuse Orange basketball. – ❤️

Explore our veterinary staff and see the great people who make our animal hospital an excellent choice for your pet’s care. 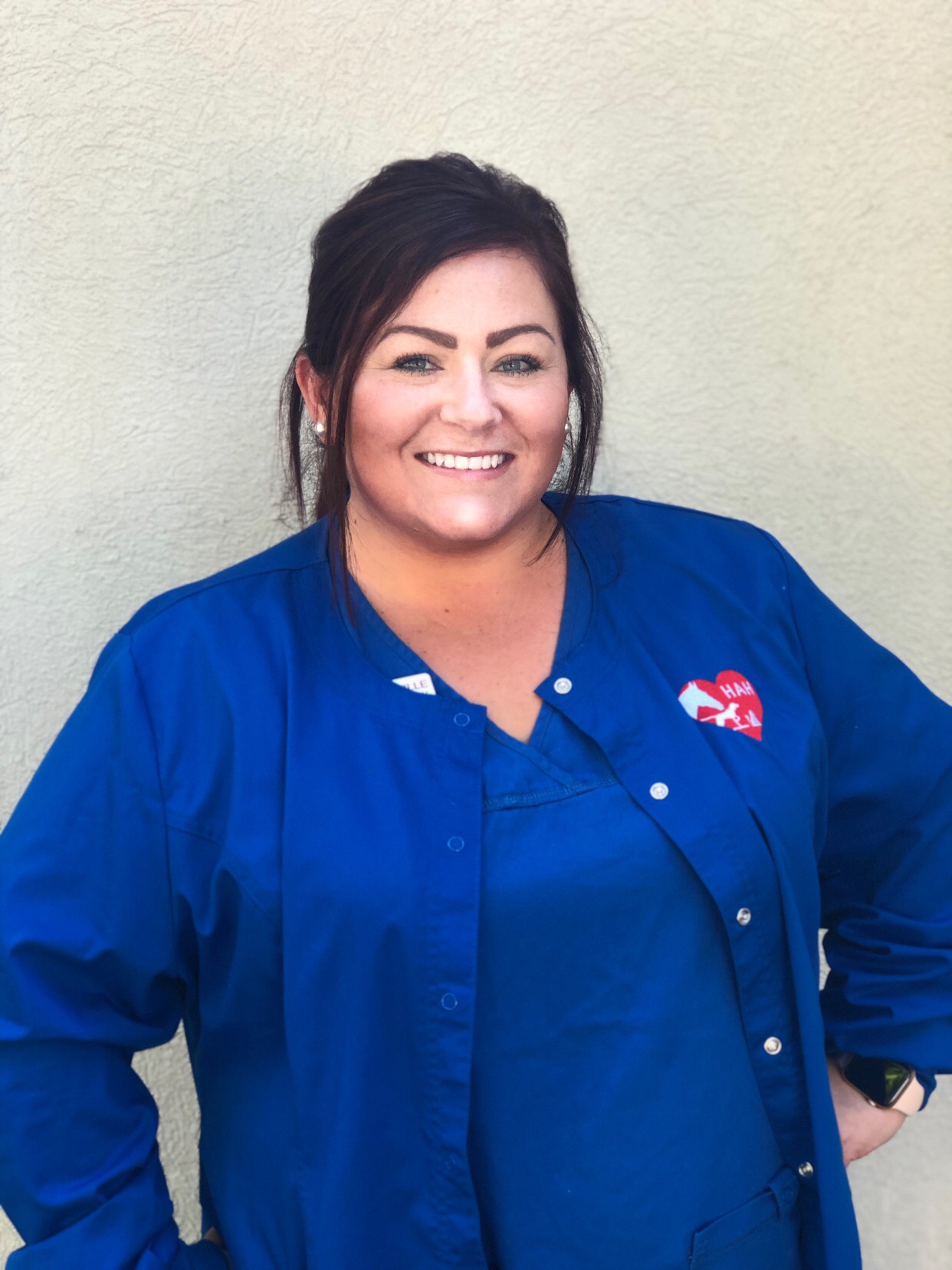 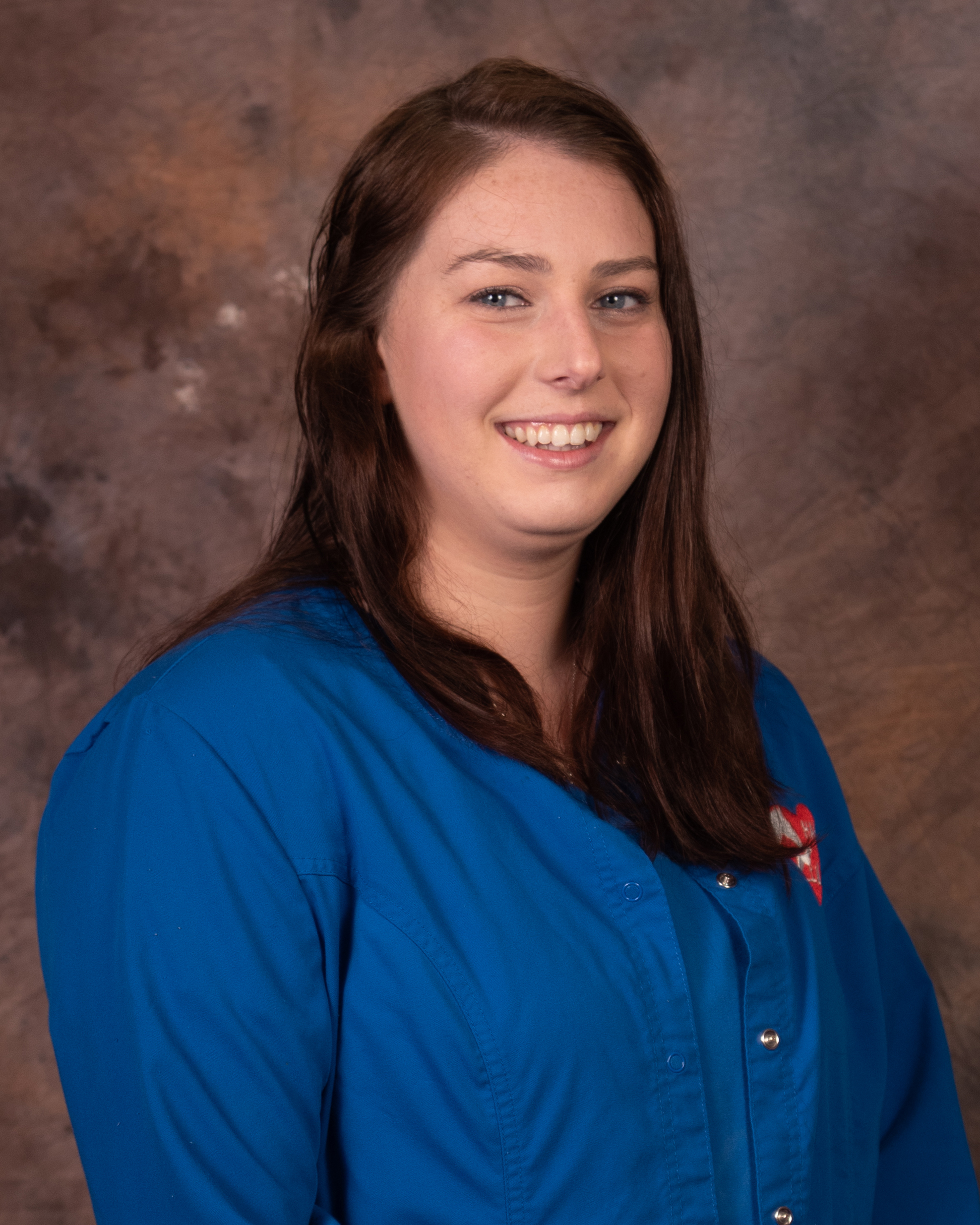 Jessica is a full-time student at Coker College and works for us part-time. She has 4 dogs and loves spending time with her nephew. 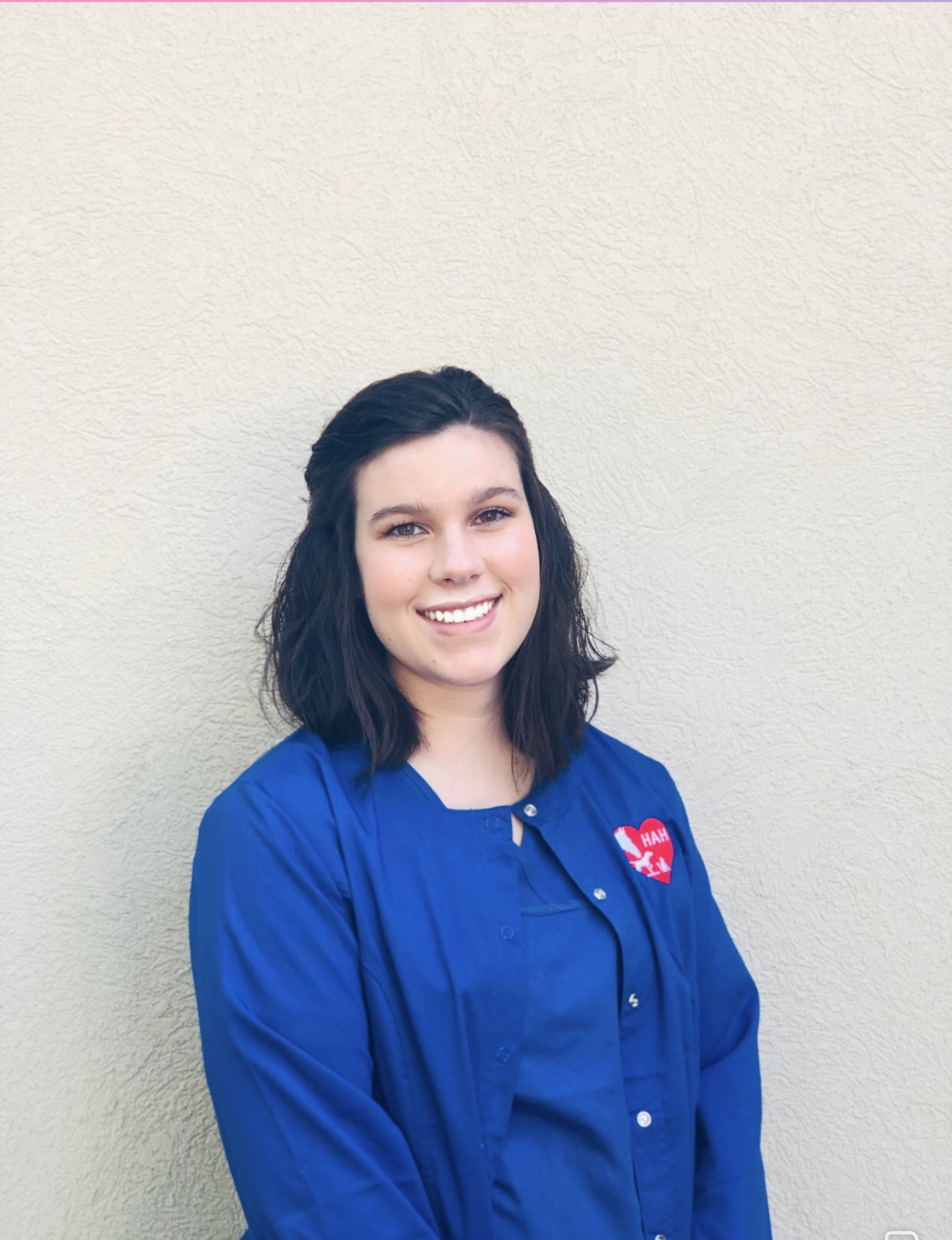 Currently a vet student at UGA who has worked with HAH since 2017. I’m from Hartsville, SC and currently live in Darlington. She has one dog that she loves very much. She has special interests in small animals (including exotics), particularly surgery and how to bring specialty level surgery to rural communities who may be unable to utilize specialty clinics. She also has a soft spot for small ruminants! Once She is done with vet school she plans to return to the PeeDee to work as a DVM and help take care of your pets! 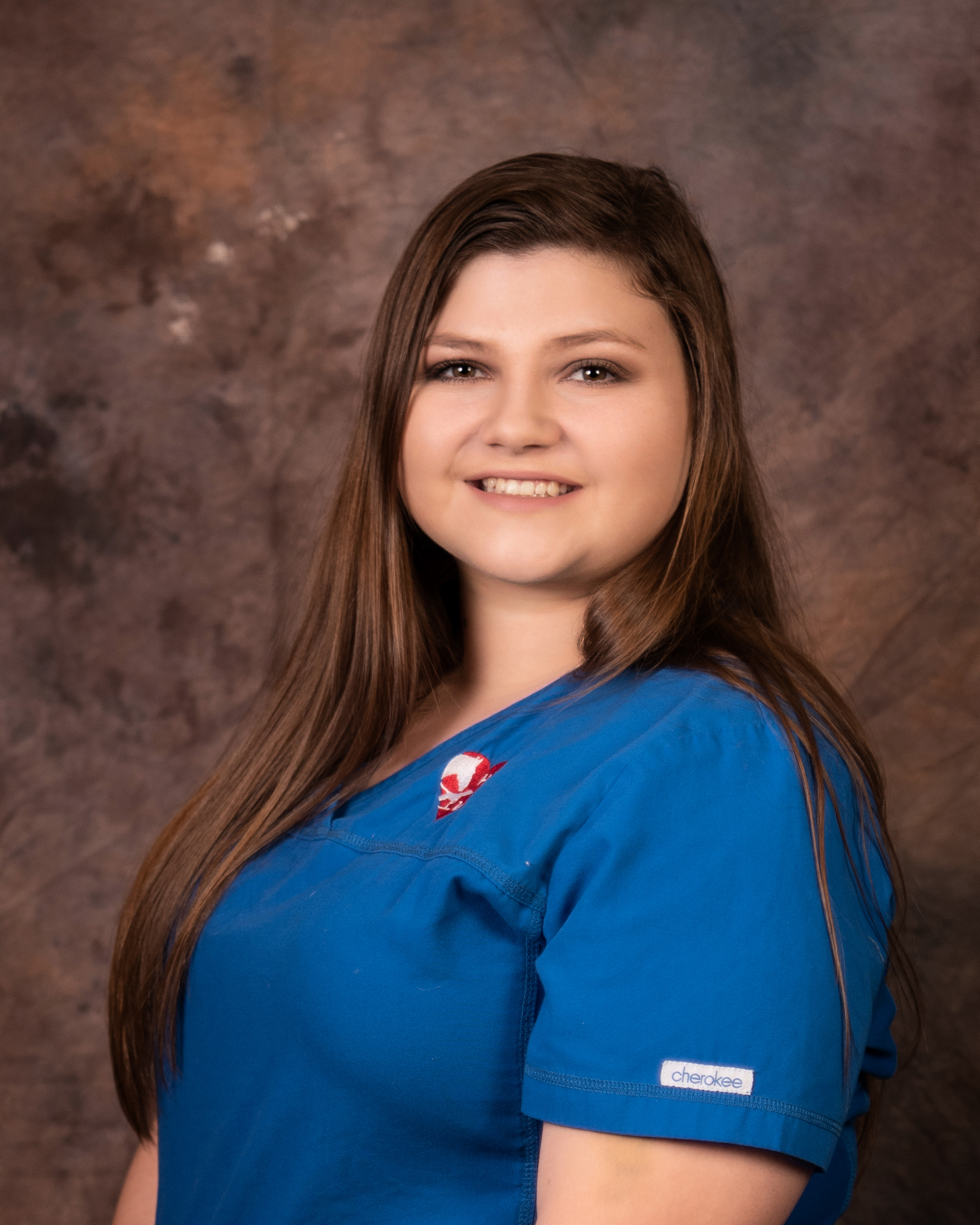 Alita is from Florence. she loves spending time her animals and outdoor activities such as horse back riding, hunting , fishing. She has 7 fur babies, 2 dogs brody and timber, 3 cats pumpkin, missy, stumpy, and lastly 2 beautiful horses max and Malachi. She has such a passion for animals. Alita is currently attending Florence Darlington technical college starting her journey to become veterinarian. 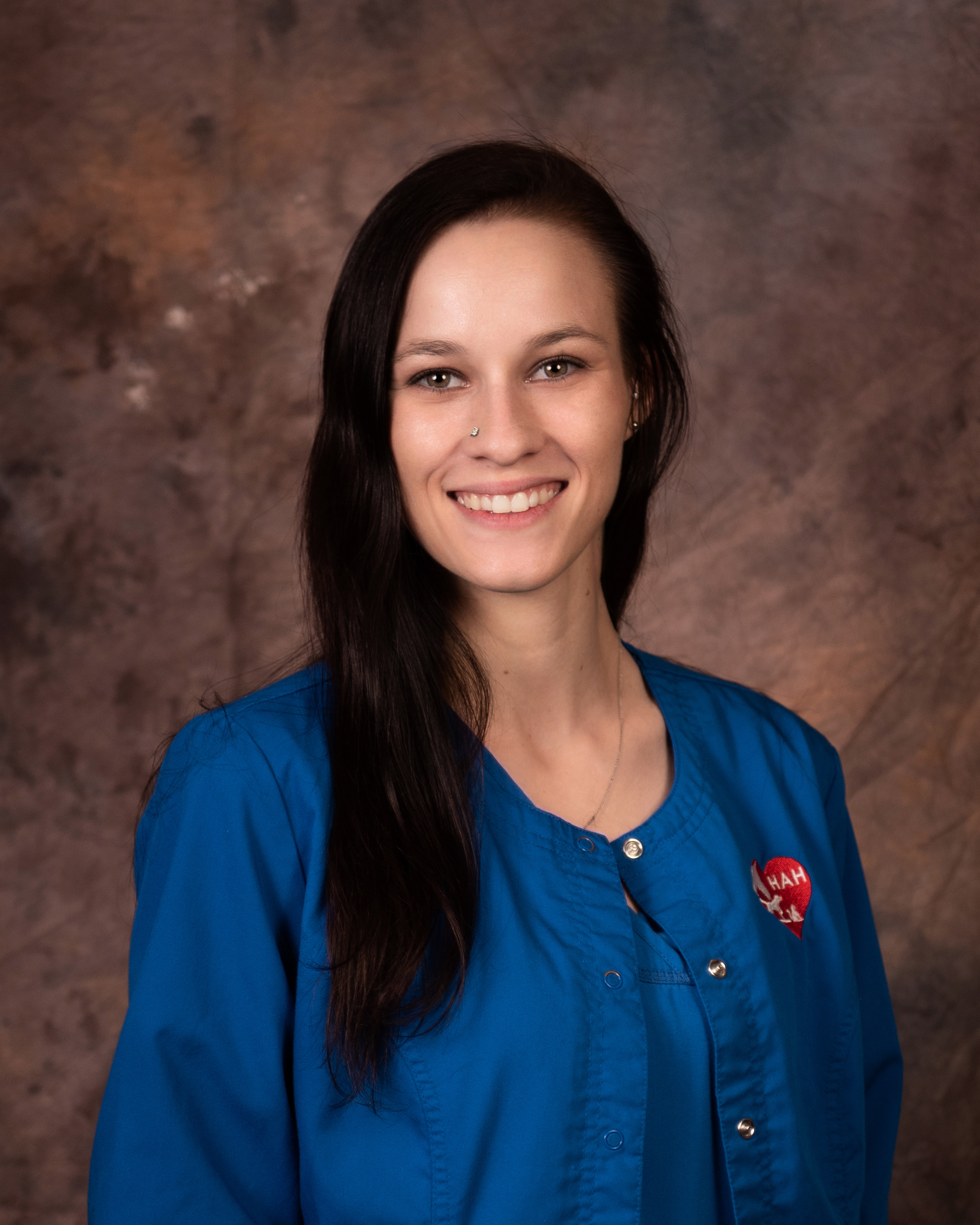 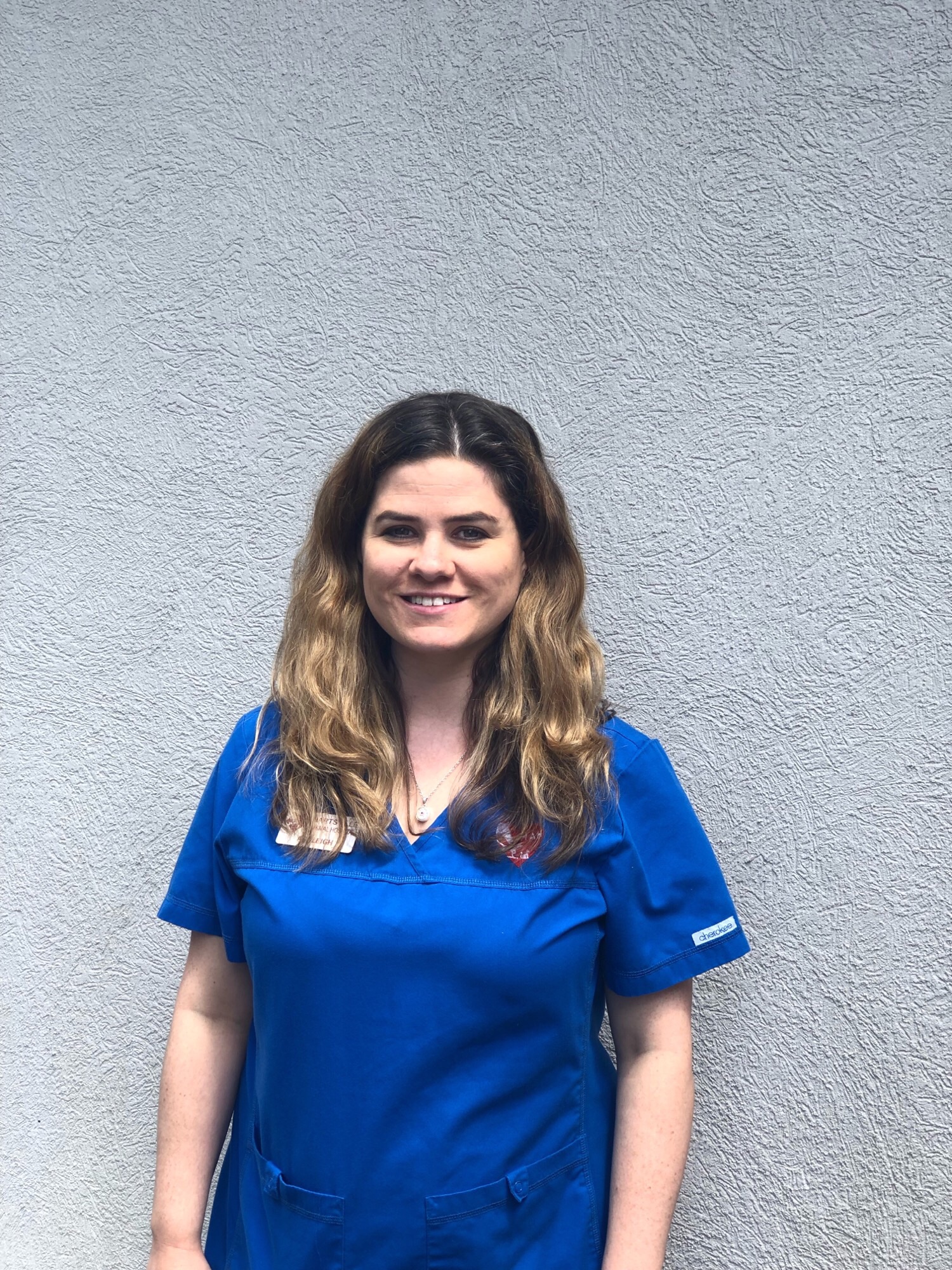 Ashleigh is married to Jamie and has a daughter named Paisley. She enjoys going on cruises, going on walks and spending time with her daughter. 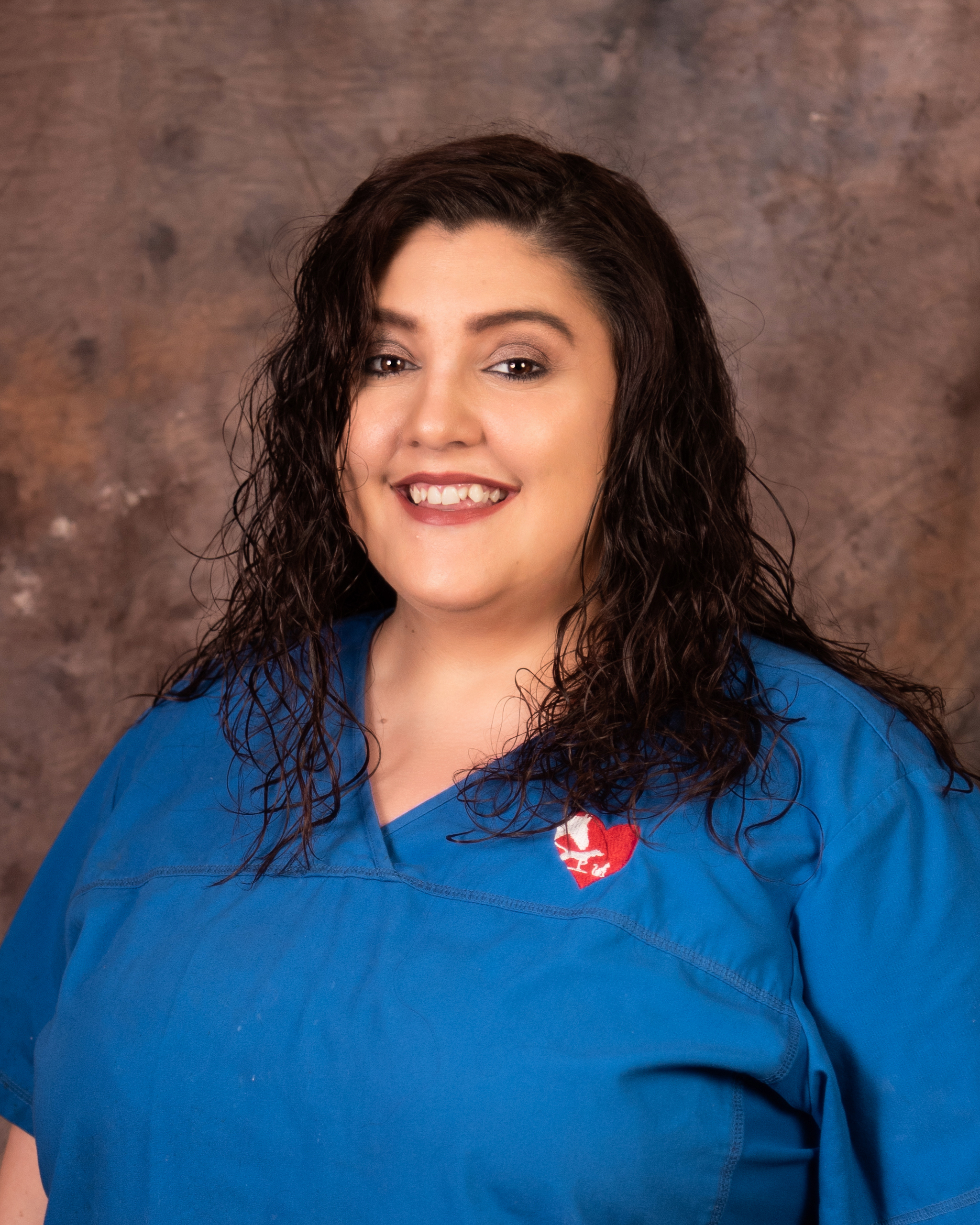 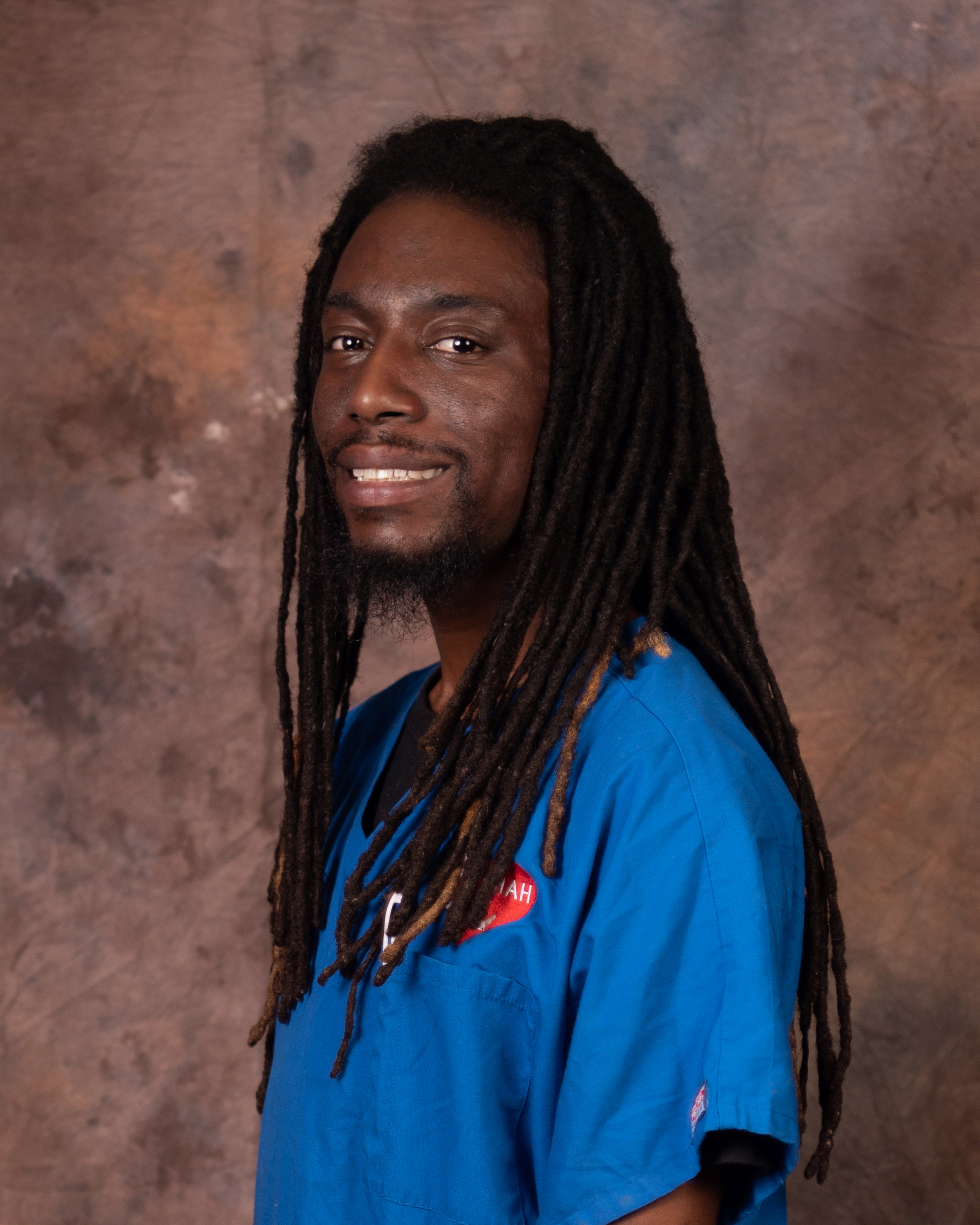 Amanda is from Lamar, SC. She loves spending time with her husband and farm animals. In her free time she loves to spend time with family and friends and go ride four-wheeler’s. 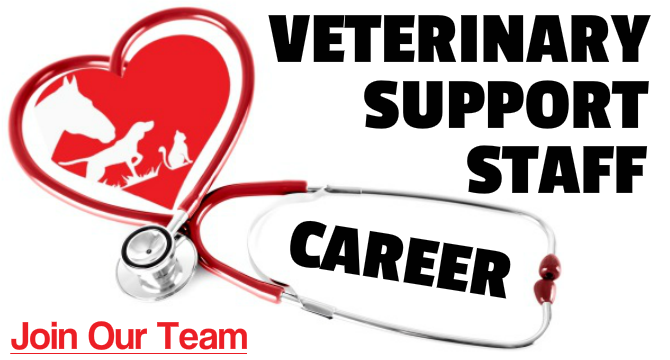 Do you love helping people?

We are looking for responsible people-oriented individuals with excellent customer service skills, initiative and a desire to learn and grow with us.

We are a team of friendly, motivated and highly collaborative veterinarians and business professionals looking for other top tier people to join our growing team here at Hartsville Animal Hospital. – Career Opportunities.